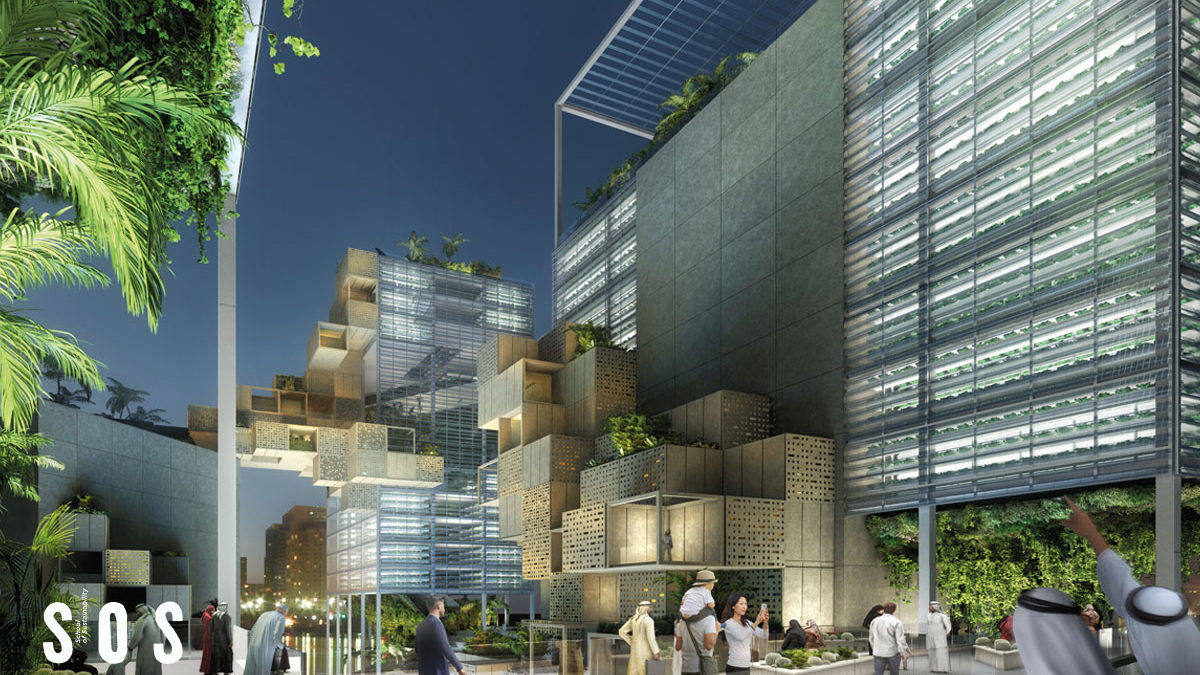 On July 26th SOS – School of Sustainability celebrated the completion of its 5th cycle with a public gathering in Florence, Museo Novecento.

The young professionals of SOS – School of Sustainability presented the outcomes of the projects that were developed within the project’s tracks carried on in the final phase of their experience at SOS. Three global challenges were the drivers of researches applied to real case studies developed with the supervision of Mario Cucinella Architects and in collaboration with partners from the industry, the institutions and the Academy.

Future Visions SPA Towns addressed the themes of health and wellbeing seen in the perspective of their contribution to the re-generation of communities, cities and territories. The research carried of by the team of “Architecture as a Social Business” focused on the evolution of SPA towns, seen in the framework of the broader themes of health and wellbeing, to be finally applied to Fiuggi, a town that owed its attractiveness to the healing qualities of its water springs, and that is currently affected by a drastic drop in the presence of visitors since, as it happened to many other SPA towns, wasn’t prepared to react to the changes affecting the patters of tourist fruition of places. The work was conducted in close collaboration with the local community, involved in a process aiming at listening its needs, the instances rising from the users of the city and at sharing strategic visions and design proposals for the re-generation of its public spaces. Both at the urban scale and at that of architecture, the project is a unique example of a cohesive process that has triggered public debate and has helped private and public stakeholders to initiate a conversation on collaborative practices targeting urban re-generation and community empowerment.

Retrofit Strategies for Climate Change addressed the global issue of the impact on the quality of education, living and working conditions due to the building stock and urban patterns obsolescence; the research focused on the consequences of the “erase and replace” practices that are carried on in rapid emerging countries such as the UAE, were the life span of a building drops from the average of 75 years of western countries, to 25 years. In such contexts there is a need of a drastic shift in the ways in which public players plan and rule the building processes and developers operate. The “Post Carbon Architecture” team conducted a comprehensive research on past, current and perspective practices of architectural and urban retrofit, to being able to draw new patters of buildings and cities re-cycling, up-cycling and hyper-cycling. The context of the UAE was pivotal to the research not only for the urgency to take action in front of rapid decay of the building stock, but also for the impact on such phenomenon by extreme climate conditions that are likely to worsen due rise of temperatures related to climate change.  The Mina Zayed district in Abu Dhabi was chosen as a case study in agreement with the Abu Dhabi University, partner of the initial phase of research, for the role that it will play in the future development of the capital city. A non-finished mixed-use high-rise was chosen to demonstrate, throughout advanced retrofit methodologies and design investigation, the possibility to promote a self-sustaining urban ecosystem that produces, at each stages of its evolution, the vital energy needed for its maintenance and future growth.

3D Printed Shelters addressed the global theme of homelessness, and the instances rising from the application of advanced technologies related to computational design and 3D printing in providing faster and better quality solutions to a worldwide emerging need for quality shelters. The research moved from the achievement of a broad understanding of past and current solutions carried on to respond to emergences related to environmental, social and economic crisis across the globe, and then unfolded in systemic formulation of design possibilities brought about by digital technologies. Thanks to the collaboration with industrial partners, the study of a pilot shelter was then initiated and carried on throughout the production of several small scale and full-scale prototypes. Inspired by the cradle-to-cradle principles, the shelter was designed in order to be manufactured in locally sourced earth, and the envelope composition was tested against four different climates to study their effects both on the shapes of the sheltered spaces and on their components. The “Right to Quality Shelter” team developed a climate-driven design process to identify an environment-responsive morphology of the units’ aggregation at the district scale in case of cold and dry, hot and humid, hot and dry and well-tempered design sites. The outcomes of the design process is being currently developed in forecast of the production of a full scale prototype that will serve as a test for further development of the research.

Going Around in Circles 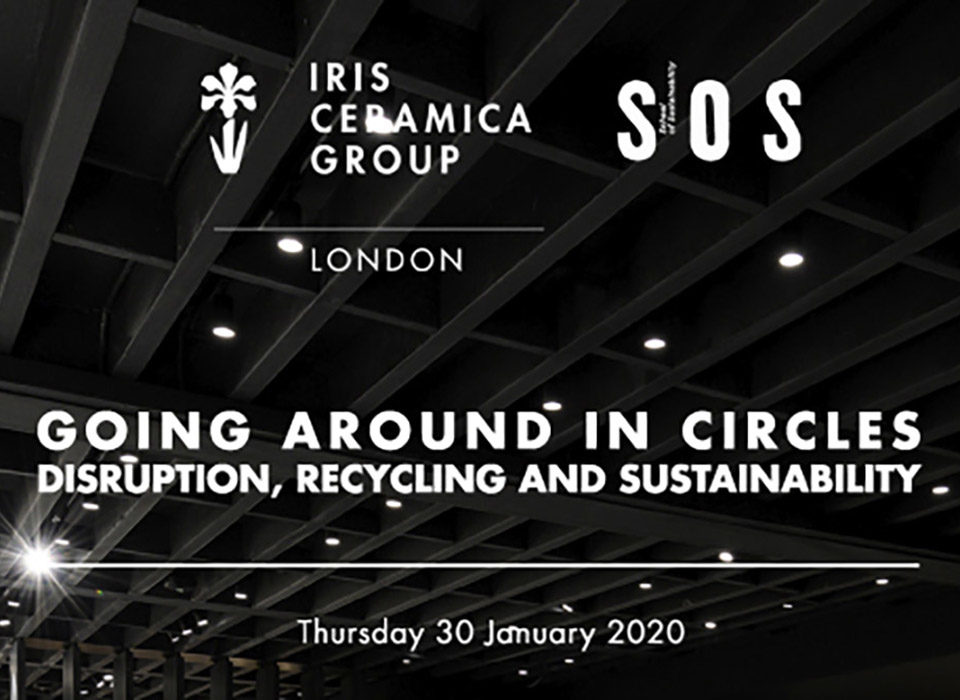 Going Round in Circles: Disruption, Recycling and Sustainability 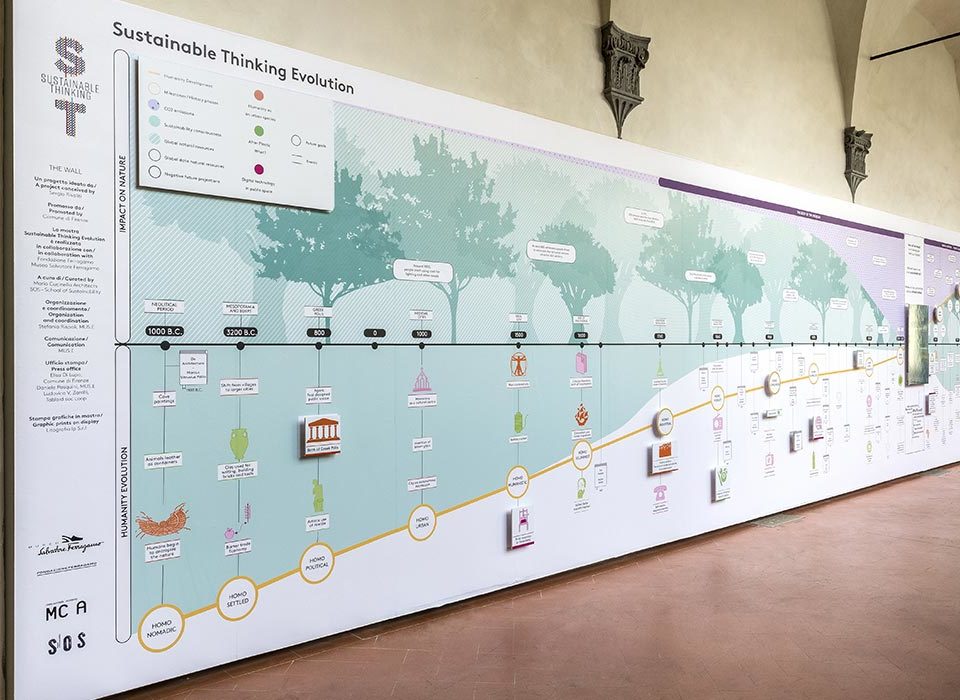 THE WALL, DA SAPIENS A NATURALIS