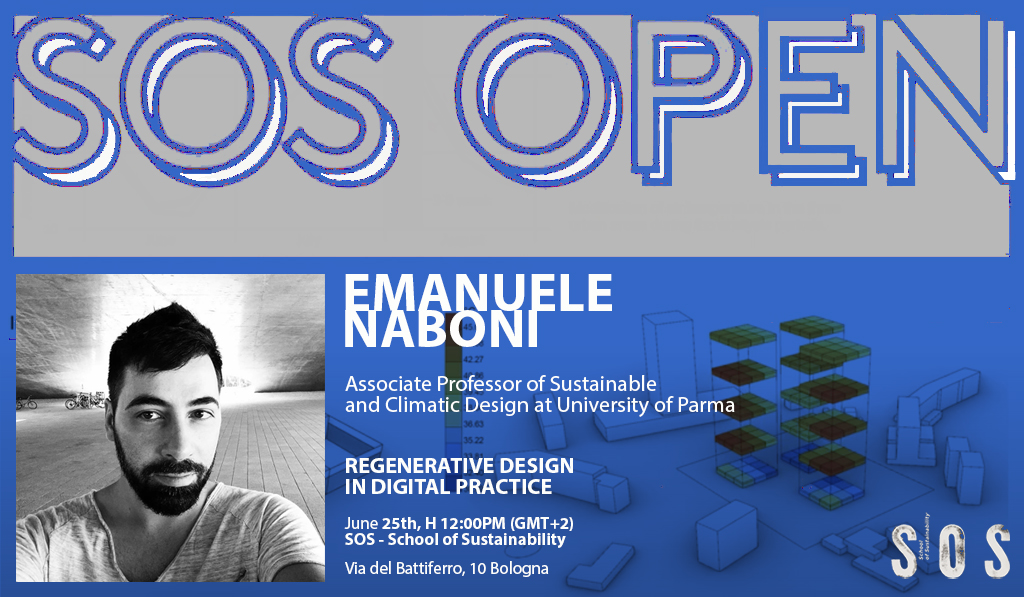 On June 25, at 12:00PM (GMT+2), School of Sustainability will host a new #SosOpen, a conference open to the community and the professionals. The guest speaker will be Emanuele Naboni, Associate Professor of Sustainable and Climatic Design at the University of Parma

Emanuele’s lecture focuses on regenerative principles and their translation into design via onsite sensing and computational processes that model the interaction of cities and buildings with ecosystems, climate, materials flow and people health. It is argued that architectural design should not be merely concerned with developing artefacts that produce limited environmental impacts on the ecosystem, or people’s health, within a certain threshold of emission: cities, buildings and technology must be designed to enhance the quality of the relationships between global natural systems, the built environment, and the inhabitants. The regenerative design approach is defined via a series of key scientific references and design approaches applied to a set of international projects.

Dr Emanuele Naboni is since June 2020 Associate Professor at the University of Parma and affiliated professor at the Royal Danish Academy in Copenhagen, School of Architecture (KADK), where he was a professor for 10 years. He practices, teaches, researches and publishes in the field of Regenerative Environmental Design at different scales: Urban, Buildings and Construction and Components; with a focus on linking Ecosystems and Humans via Digital Design. Emanuele was Invited Professor at ETH Future Cities Lab in Singapore (2019), EPFL Lausanne (2016-17), Southeast University in Nanjing (2018), Architectural Association in London (2014). University of California Berkeley (2013). Furthermore, he has been invited to lecture in international universities such as TU Delft, TU Munich, UC Berkeley, Aalto University, National University of Singapore, The University of Nottingham, and several others. Previously, Emanuele was a design technologist at the “Performance Design Studio” of Skidmore, Owings and Merrill LLP (SOM) in San Francisco for a number of years (2006-2010) and a Researcher at the Lawrence Berkeley National Laboratory, at University of California, Berkeley (LBNL) (2005-2012). On project bases, he has been collaborating with BIG, Arup, Kengo Kuma, Nasa, Autodesk. Acting as a sustainable consultant, he won international design competitions including the 1st prizes for large scales headquarters such as Lavazza in Torino, and TIM in Rome. He writes for RIBA, DETAIL and Taylor and Francis, and has published scientific contributions in several international journals. 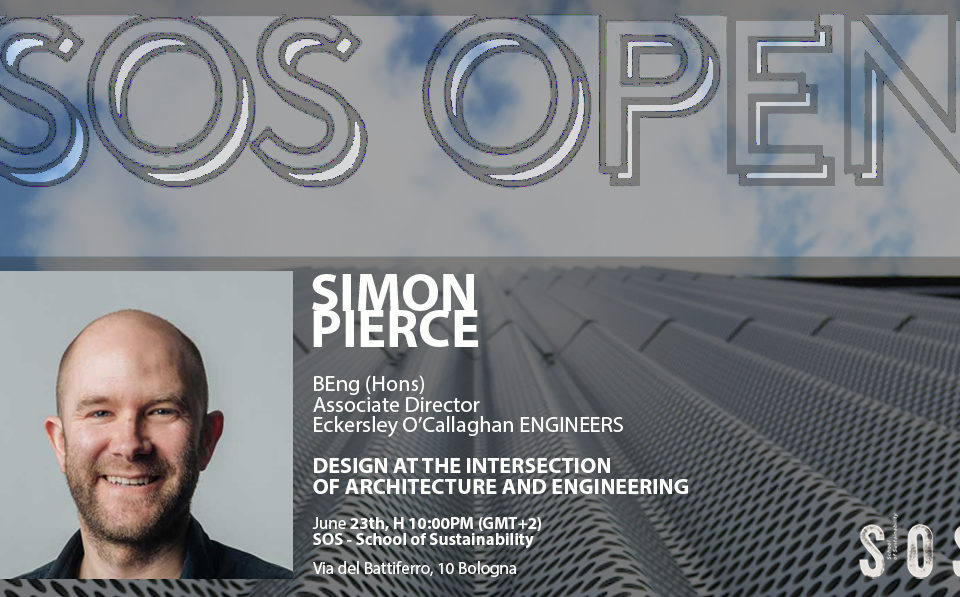 #SosOpen: Design at the Intersection of Architecture and Engineering 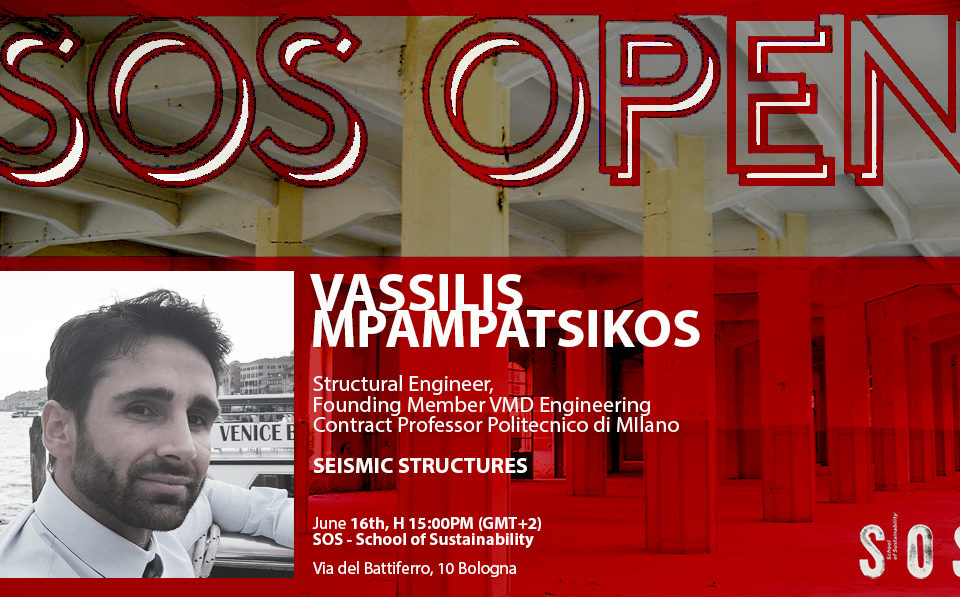 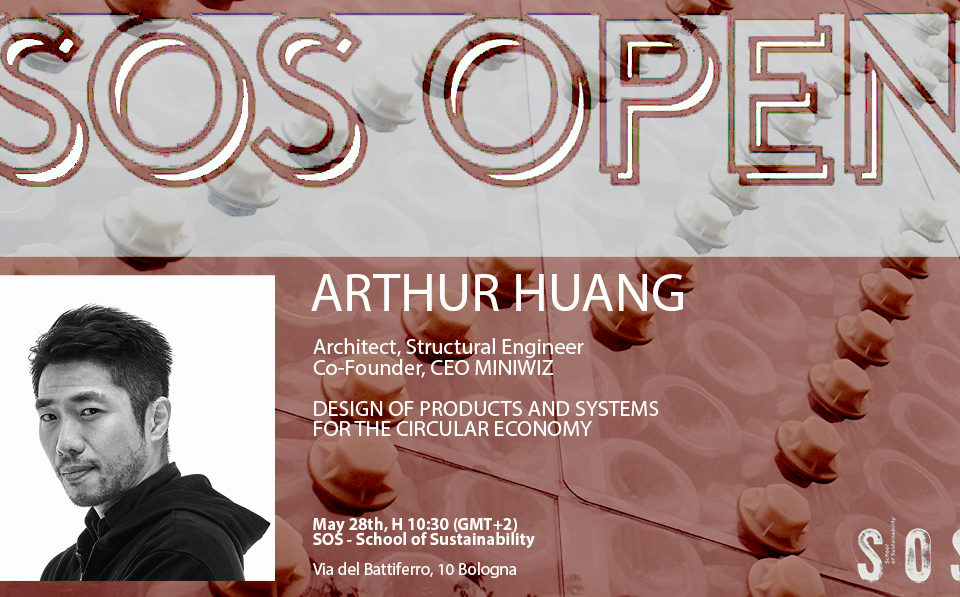 #SosOpen: Design of Products and Systems for the Circular Economy